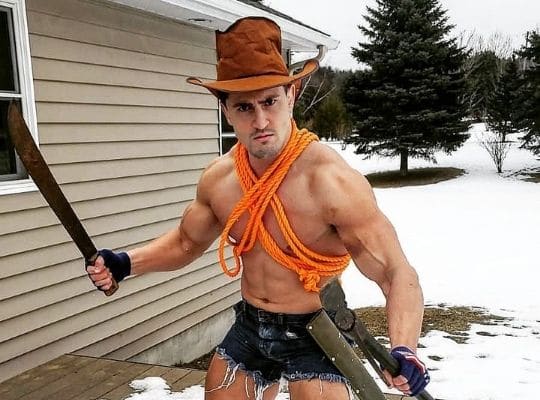 Houston Jones is a well-known YouTube star. He is most popular for his series, Paintball vs. Bodybuilder. He also trains in Brazilian Jujitsu and teaches amateur MMA fighting. Houston was born on August 16, 1994, and he is now 26 years old as of 2021.

Houston Jones got his bodybuilding inspiration from a professional bodybuilder who was his uncle. He became serious about fitness when he saw how dedicated his uncle was to fitness. He then started to focus on fitness.

Houston Jones came into the spotlight when he started uploading his fitness videos on his youtube channel. He has over 1.65 million subscribers and 160K followers on Instagram.

Houston Jones is unmarried and has no relationship with anyone.

The articles posted on this website are based on the author’s research and experience.