Calum Von Moger and his 2019 documentary about his series of traumatic injuries and his journey back up bring together the essence of what bodybuilding is all about.

This is a documentary that is worth watching, especially if you are a die-hard bodybuilding fan like me.

In fact, this is a film anyone can relate with and benefit from. 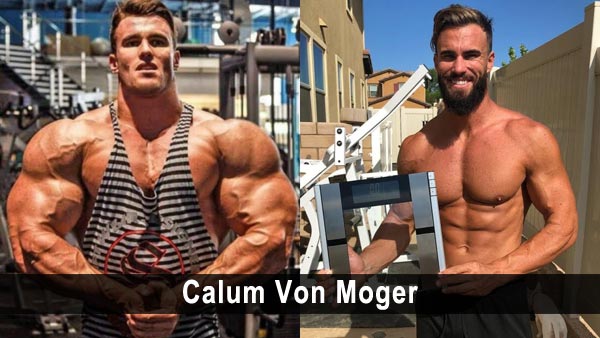 Anyway, I first heard of Calum Von Moger on Instagram and YouTube when he started rapidly gaining millions of followers who dubbed him ‘Arnold 2.0.’

However, it was watching him in 2017’s ‘Generation Iron 2’ and 2018’s ‘Bigger: The Joe Weider Story’ (directed by George Gall) that surprised me of this guy’s talents.

Who Is Calum Von Moger?

Calum von Moger was born on 9 June 1990 in Victoria, Australia. His Austrian and Dutch ancestry gave him the genes for a bodybuilder’s perfect physique.
Also Read: Ronnie Coleman & Steroids: The True Behind His Massive Physique

This was a look that was similar to Arnold Schwarzenegger’s, who is Austrian by birth. 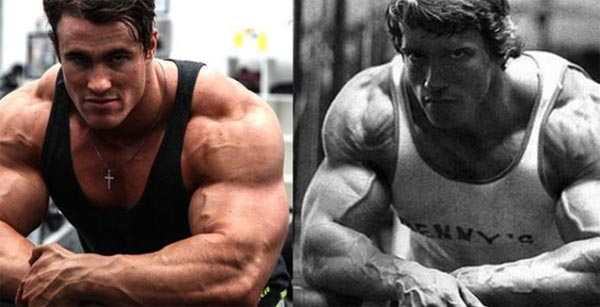 Young Calum grew up on a farm and moved to Geelong with his family in his early teens.

There, he started bodybuilding by the age of 14 and became internet famous with a motivational video filmed by a friend.

Pretty soon, he got internet famous with over 3 million Instagram followers.

He followed this up with all sorts of crazy stunts to maintain his social media stardom, even while staying on the bodybuilding path.

It’s also two of these stunts that ended up causing the most traumatic injuries of his life.

Even so, Von Moger has managed to get podium finishes in seven professional bodybuilding contests.

Three of these were for the most prestigious awards in the bodybuilding world, the Mr. Universe competition.

Potentially Career-Ending Injuries And Building Von Moger Back Up:

Von Moger had two major injuries that almost broke him.

The first happed at the beginning of 2017 where he experienced his left bicep tear during a gym-stunt with a fellow bodybuilder, Chris Bumstead. 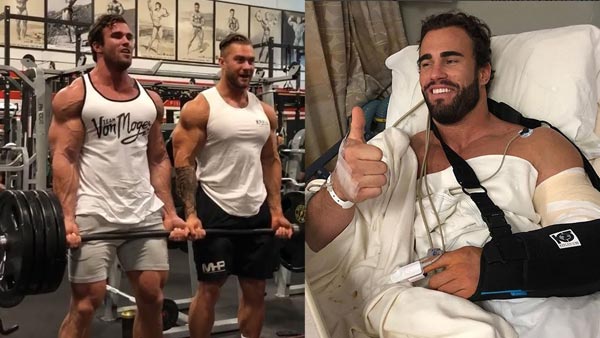 This injury was a big deal to him as it happened on his biceps, the single most defining muscle associated with bodybuilding.

However, Von Moger’s problems were just getting started.

In 2018, he was performing another stunt that required him to rappel off a cliff in Australia.

As he was rappelling down, the rope system wasn’t able to take his weight, and he lost his footing.

At this time, his right knee was hyper-flexed, leading to a tear between his patella and his MCL, LCL, and patellar tendon. 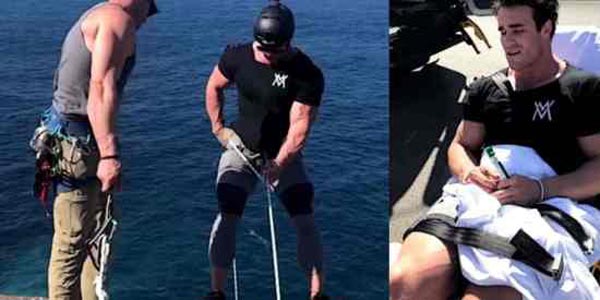 Unfortunately, while trying to save himself from falling 300 ft into the rocks, he reopened up his bicep injury.

This second injury was the one that was so severe that doctors couldn’t be sure if he would make a full recovery.

On top of this injury, his California home almost burned down due to the forest fires in 2018.

Despite all adversity, he stuck to his guns, persevered and pushed through the pain and disappointment to achieve the seemingly impossible recovery.

He didn’t use any advanced science or technology to achieve this. All he had was his undying determination, willpower, and tenacity to keep him going.

His injuries had bed-ridden him, causing a loss of over 50 pounds of muscle mass. This drop in muscle size caused his physique to become imbalanced and limited his physical performance. 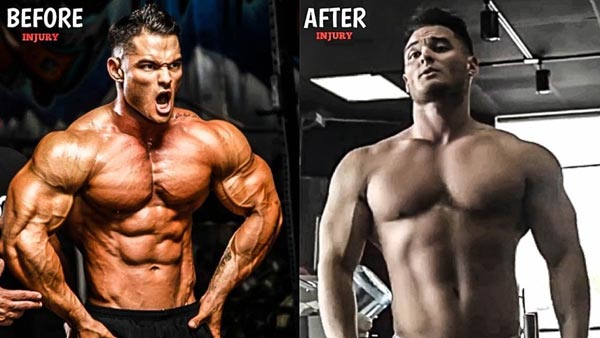 The documentary ‘Unbroken’ was recorded as he was going through his recovery from his injuries.

It’s resonated with so many people that it’s now the number one sports film in the US, according to iTunes.

Here’s What I Learned From Von Moger’s Documentary, Unbroken:

These points are also why I strongly recommend you watch this documentary, Unbroken, on iTunes, Vimeo, Amazon, or Google Play.

What’s Next For Calum Von Moger?

Coming back to today, is looking forward to building on his Bigger and Unbroken successes to expand his acting career.

Along with his acting career, he is also a fitness model who continues to showcase his Von Moger Workout on his YouTube channel.

His channel includes information on his 4-week mass program, Moger diet, as well as his favorite workout programs and routines.

He was asked about when he is going to start competing in professional bodybuilding competitions again.

In response, he has stated that he would begin to competing only after he is 100% fit.

How To Do Push Ups Properly to Build Body Strength

Does Running On A Treadmill Help Build Muscle?

Stretches To Grow Taller – Exercise That May Increase Height