Fitness is a lifelong passion of mine, and it’s always great to see others with a similar drive and dedication to staying fit.

However, everything I knew about fitness and bodybuilding was flipped when I saw a YouTube video last night.

The video was published by a Chinese fitness media company called Change Production. And what this video showcased was Yang Xinmin, the 70-year-old bodybuilder who looks 50 while bench-pressing like a 21-year-old. 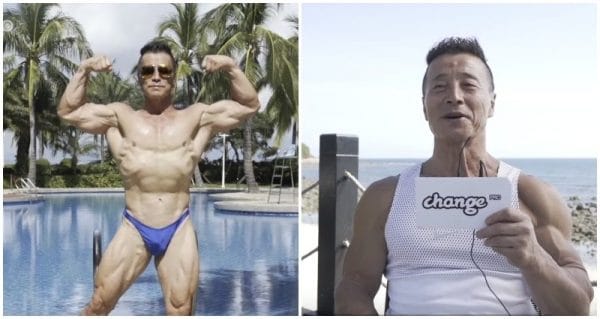 Yang’s current best (at age 70) is:
Watching the video, I was utterly blown away at this Grandpa’s physique, fitness, energy levels, and dedication.

And what he says is true. He could probably out-lift me (and most other younger men).

Yang’s relationship with bodybuilding started in 1984 when he fell in love with it after seeing China’s first-ever National Bodybuilding Championship.

He was already in his mid-30s, but that didn’t stop him from diving headfirst into fitness and bodybuilding.

Yang is also part of the first wave of Chinese bodybuilders since the bodybuilding ban was lifted in 1983.

In just one year, in 1985, he won the 70kg weight class bodybuilding contest in the eastern Chinese Shandong province, Yantai.

Following this, he has participated in over 100 big and small contests worldwide.

However, Yang Xinmin isn’t just gifted with a bodybuilding physique and isn’t on illegal or legal steroids either.

What he has (as far as I can tell) is the right balance between dedication, perseverance, consistency, and sheer power of will.

I have to be honest with you here. If Yang’s story isn’t able to motivate you to get fit, I don’t know what will.

Yang Xinmin And His 10-Year Diet:

The video didn’t delve deeply into Yang’s diet, but one point stood out.

He has followed a strict diet focused on fibre and protein for almost ten years.

That’s impressive because I can’t imagine eating the same thing every day for one month, let alone ten years.

In the video, he states that his daily breakfast includes: 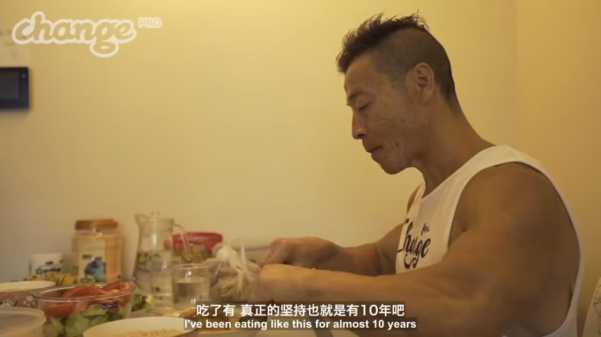 Now imagine eating this for your breakfast for ten whole years!!

Understanding Yang’s diet habits bring some sense to his amazing accomplishments in bodybuilding.

Yang Xinmin And His Health:

According to his doctors, Yang doesn’t look a day over 60.

Going further, he stated that the doctor (during his routine checkup) told him that his bone density is that of a 30-year-old. That’s more than half his age.

Yang attributes his good health to his bodybuilding training.

According to him, consistent strength training helped steadily strengthen his body and helped reverse the aging process.

He told Change Pro that his blood pressure and lipids were all in the healthy range.

If you want evidence of the health benefits of bodybuilding, look no further than Yang Xinmin.

Yang Xinmin And His Future Goals:

Yang has been in the Chinese bodybuilding industry since Day 1 and is happy to see the growth in the sport’s popularity.

Yang’s achievements include a room full of trophies, including his 1998 win at the Asian Championships. He also stated that participating and winning in significant events brings him happiness.

Related: Ronnie Coleman & Steroids: The True Behind His Massive Physique

Yang believes that the future of bodybuilding in China is in the hands of the youth. He has also started to mentor others to take up the sport to promote bodybuilding to the masses.

His training camps in the city of Sanya are already very popular with young men and women aspiring to get fit, gain muscle, and become bodybuilders.

His wife and son have also taken up bodybuilding for its health benefits, making it a family sport. 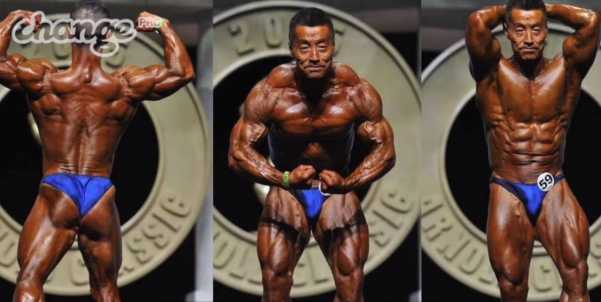 Yang’s goal for the future is to train a World Champion from China. And at the end of the video, he also lets us know that he will be bodybuilding well into his 80th birthday.

There is much to learn from this Iron Grandpa for everyone, whether you are (or aren’t) into fitness and bodybuilding.

My biggest take on Yang Xinmin and his achievements is that consistency is paramount. With the power of consistency on your side, there is no mountain too high, no river too wide for you to conquer.