Viet Doan is an IFBB Pro League professional bodybuilder who stands at 6’2” in height.

This 34-year-old Australian has inspired hundreds of men and women with his physical transformation, his openness about his journey, and his 1000 watt smile. 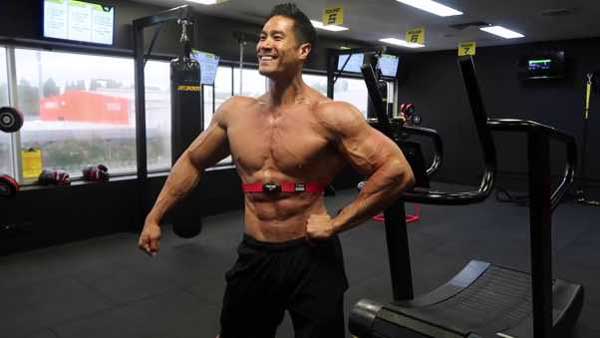 Doan is very upfront with his feelings towards bodybuilding, his physique, and the sacrifices required.

This guy’s story is so relatable that it’s been published by several major news outlets and made him an overnight sensation.

Viet Doan – Who Is This Guy?

Viet Doan was born in Canberra, Australia to a Vietnamese refugee family in 1983.

However, unlike most professional bodybuilders, he didn’t start young. In fact, by the time he was 19, he had never stepped into a gym and weighed just 58 kg.

But it was a friend’s constant persistence that eventually convinced Viet Doan to step into the gym.

What happened next was history: 15 years of bodybuilding to becoming an IFBB Pro with several wins under the belt.

Viet Doan’s Diet And His Thoughts On The Importance Of Food For Bodybuilding:

When he was younger, he was better known for his love of all things fast foods. From KFC to McDonalds and pizza, he enjoyed eating greasy, oily, sodium-laced foods for all his meals.

If you had known him back then, you would find it hard to believe that he ended up as a fitness model and pro bodybuilder.

This is also why people are attracted to his story. The fact that he was able to get fit without eliminating fast food from his diet is his USP.

In fact, even now, he loves eating double-glazed donuts right after a competition. 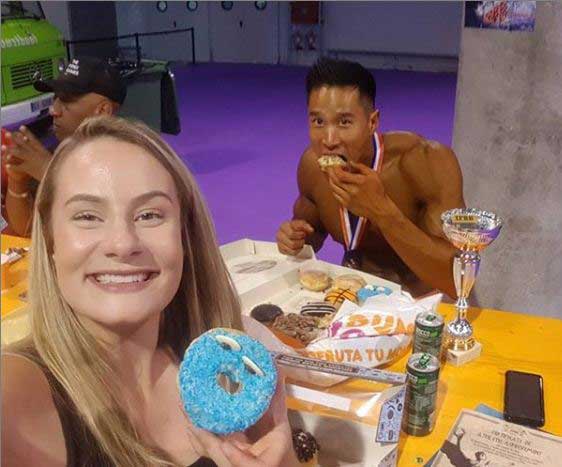 Viet Doan And His Struggle With Sticking To His Diet:

Nowadays, he eats the right set of nutrition-packed veggies and meat to get his calories just right.

One fact he has never been scared of sharing is the difficulty of dealing with diet limitations.

After all, if you want to get as shredded as Doan, you are going to cut a lot of food groups out of your diet. And this is in no way going to be easy.

According to Doan, his diet’s biggest test often came in the form of large Vietnamese family dinners. In these dinners, he would be pressured by his family to eat this and that.

As regular people, they found it difficult to understand how just a little food can harm his physique. However, this is something everyone who works out has to deal with.

Getting Help From Cutting Supplements:

Supplements help when it comes to getting the pros into competition shape. However, Doan did imply (in an interview) that there are some who choose to take steroids to get the results quickly.

But the risk of steroids is too high for anyone (not prescribed for genuine reasons) to take them for bodybuilding. That’s why its fortunate that there are legal steroids (made with natural ingredients and no hormones) that provide the same results but without the side effects.

In the case of getting shredded, men and women can use Clenbutrol by Crazy Bulk. This is a cutting pill that works over a few weeks to improve fat burn and limit fat production. It works to aid in your cutting phase and can make it easier to reach your ideal shredded physique. 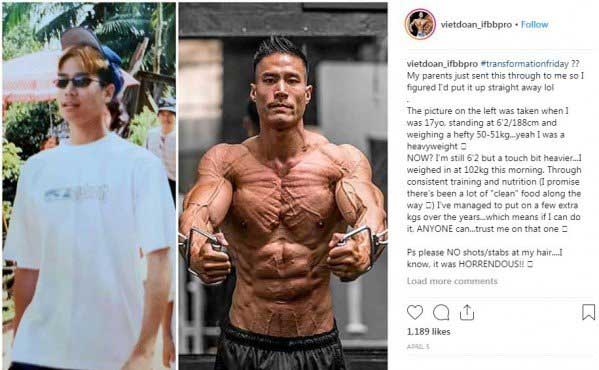 Along with being a fitness model and IFBB Professional bodybuilder, Viet Doan is also a certified Level 3 & 4 Personal Trainer as well as a Level 1 Powerlifting Coach.

When he competed in powerlifting, his heaviest deadlift was in 2009 at 307.5 kgs. He achieved this by having the right coaches, workout regimes, diet plans, and mental foundation the intense sport requires.

Now, Doan is also training others in deadlifting, bodybuilding, and fitness in general through his website.

One of the biggest issues male clients face is chest fat, namely man-boobs. This is one of the unfortunate realities of bodybuilding and weight loss.

In fact, over 250,000 new cases of Gynecomastia (man-boobs) are reported every year in the US alone. So, for the guys who have man-boobs, Gynectrol is the right pick.

Gynectrol is a chest fat burner which helps stabilize the hormone levels to reduce the man-boobs. The supplement is designed for this specific purpose and works wonders when taken with your fat burning workout routine.

It’s Not All In The Genes:

Doan has admitted that a lot of the bodybuilding results are due to the right set of genes.

For him, his genes provided him with a 6’2” frame that can quickly and easily put on muscle and keep the fat off. And there’s also the 1000 watt smile that makes him instantly likable.

However, we can’t chalk up his, and other professional bodybuilders’ success, just to their genes. These guys put in a lot of hard work with many sacrifices to get the results that we see on TV.

That said, these guys also need some extra help in gaining muscle before getting shredded.

The safest way to get the massive gains of anabolics is to use legal steroids. In fact, when it comes to bulking, many prefer getting the Crazy Bulk Bulking Stack.

This stack comes with D-Bal, DecaDuro, Trenorol, and Testo-Max with all four being legal steroids. They work together to give you a boost in muscle gain like no other.

However, for those who don’t want to get the full set, D-Bal is their best selling product. It emulates the effects of the anabolic steroid, Dianabol. However, unlike the steroid, D-Bal is 100% safe and side-effect free.

Viet Doan And His Winnings:

Being a professional who starting building muscle 17 years ago, you would think that he’s been winning medals for years.

However, the fact is that he only started competing in May 2017. This was because his 2017 trip to Copenhagen opened his eyes to the possibility of bodybuilding as a profession.

Here’s a pic from his Instagram that shows the transformation in his physique in the 20 months: 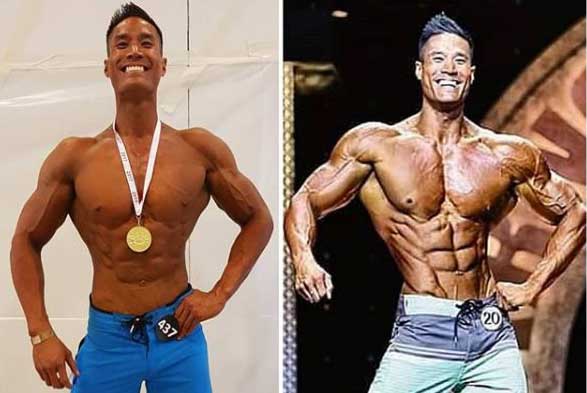 In this picture, he looks to have gone from being super fit to totally shredded. And the board shorts fit him competing for the Best Beach Body category.

Now, here is a list of all of Doan’s competitions and rankings:

Fast-forward to 2019, He’s 225 pounds of pure muscle with his shoulder width being thrice his waist.

In addition, even with all the fame and popularity, he can still be seen around in Melbourne. Viet Doan is also offering several training programs to those interested, including 1-on-1 training.