by Michelle
Reading Time: 3 mins read
A A

Have you heard of the story where the young boy who slowly turned into stone before the very eyes of the whole village? Well, know that this story is not entirely fiction as there is a genetic disorder that does cause the body to turn rigid, like a stone.

This disorder is called Fibrodysplasia Ossificans Progressiva (FOP) and is more commonly known as the Stone Man Syndrome. 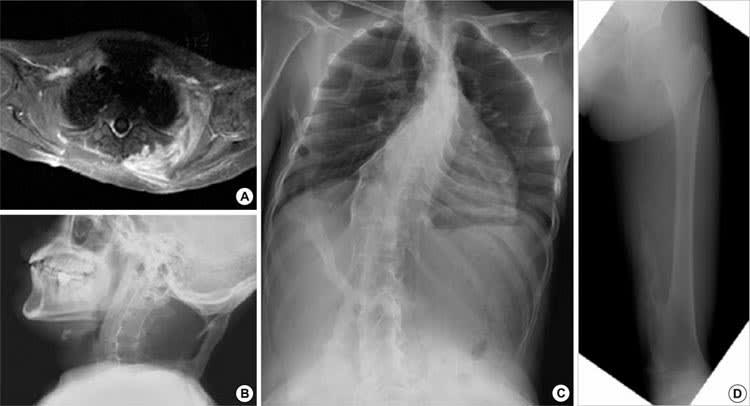 Imagine getting trapped in your own body without the freedom to move while suffering incredible pain day after day for your whole life. If you did imagine that, you now have a slight glimpse of what it’s like for sufferers of FOP for much of their lives.

Those with Stone Man Syndrome live their lives in fear of even the smallest injuries which can cause their FOP to flare up.

Let’s take a quick look at this Stone man syndrome and find out a few facts about FOP:

What Is Stone Man Syndrome AKA FOP?

Stone Man Syndrome or Fibrodysplasia Ossificans Progressiva is a very rare and profoundly disabling disorder that has only 800 confirmed cases in the world. This condition is genetic and results in the muscles, ligaments, tendons and other connective tissues in the body to slowly turn to bone.

With this disorder, the spaces between the joints and bones are first affected where the new bone that is formed can result in bone bridges causing movements to be restricted. This newly developed second skeleton can cause the person suffering from FOP to be trapped in their own body.

What Causes FOP To Occur?

If someone has FOP, they can easily cause a flare-up of this disorder if they experience a minor injury that damages their soft tissue or muscles. This forces most children with this disorder to be unable to take part in activities that are typical for their age.

According to a 15-year study on FOP that was concluded in 2006, the gene responsible for causing this disorder was found where the mutation of the ACVR1 gene was found to cause ossification of soft tissue when inflamed or damaged. FOP can be identified by testing for the mutated gene as well as the indication of hallux valgus (abnormal big toes) after birth.

What Role Does The ACVR1 Gene Play In FOP?

This ACVR1 gene is typically responsible for controlling the growth and development of muscles and bones including the ossification of cartilage. This is done by the gene instructing the bone morphogenetic protein (BMP) type I receptors to start and stop creating bone. However, in cases where FOP is evident, these receptors are said to be always in the ‘on’ position, making it impossible to stop the production of bone when the muscles or soft tissue are inflamed.

The reason researchers believe the bone morphogenetic protein (BMP) type I receptors malfunction is a change in the shape of the receptors caused under certain conditions. This gene mutation occurs in one baby in every two million babies born with 285 known cases in the US and 800 diagnosed cases worldwide.

FOP or stone man syndrome is a deadly disorder that gives its sufferers a life expectancy of 40 with the majority not making it past 24. While there is no cure for FOP, Prednisone or other high-dose corticosteroids can be used to help reduce the flare-ups of FOP which help mitigate the inflammations and pain caused by the bone formations.

Surgery is also not advised as any invasive procedure results in more ossification. To sum it up, this is a grim disorder that is as rare as it is destructive.